The dinar is the currency of Jordan and the West Bank, where it circulates along with the Israeli new shekel. Click here for more information.

The dinar started circulating in Jordan in 1949, and before that the Palestinian pound was the currency used. The dinar is subdivided into 100 piastres or 1000 fulus.

In 1964 the Central Bank of Jordan was established and the first series of banknotes were issued in denominations of 0.5, 1, 5 and 10 dinar, all of which had the image of King Hussein printed on them. 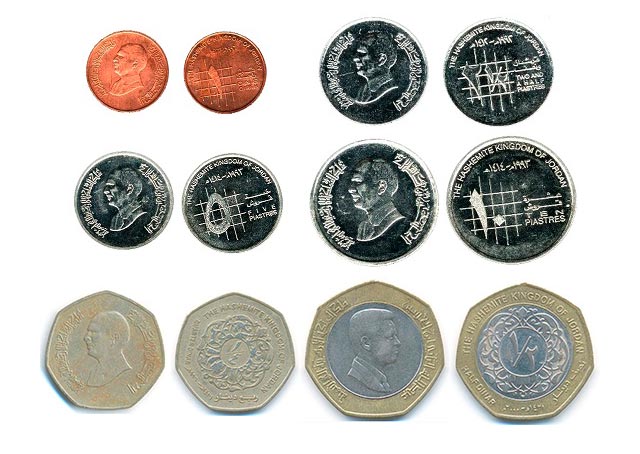 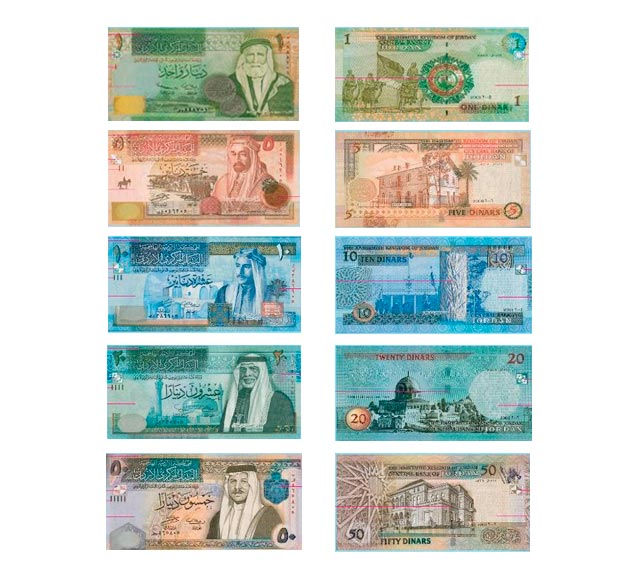 Interesting facts about the Jordanian dinar: